This week’s Sepia Saturday photo prompt is a photo of three men on rocks with a telescope.

When I saw this it reminded me of two sets of photos in my collection – so I’ll do two blogs for this prompt.

The first blog is of my Nanna and her family and the second will be of my Pa and his family.

Strangely both these sets of quite similar photos were taken well before they met and married!

When my Nanna, Mavis Fanshawe LONG (1906-1982) was in her teens, her family moved to Watch Hill, Beeac in Victoria’s Western District.

I've written about this beautiful property before, here.

Their ‘back paddock’ was known as ‘the Stony Rises’.

When I asked Mum (Nanna’s daughter) about the Stony Rises, she told me, 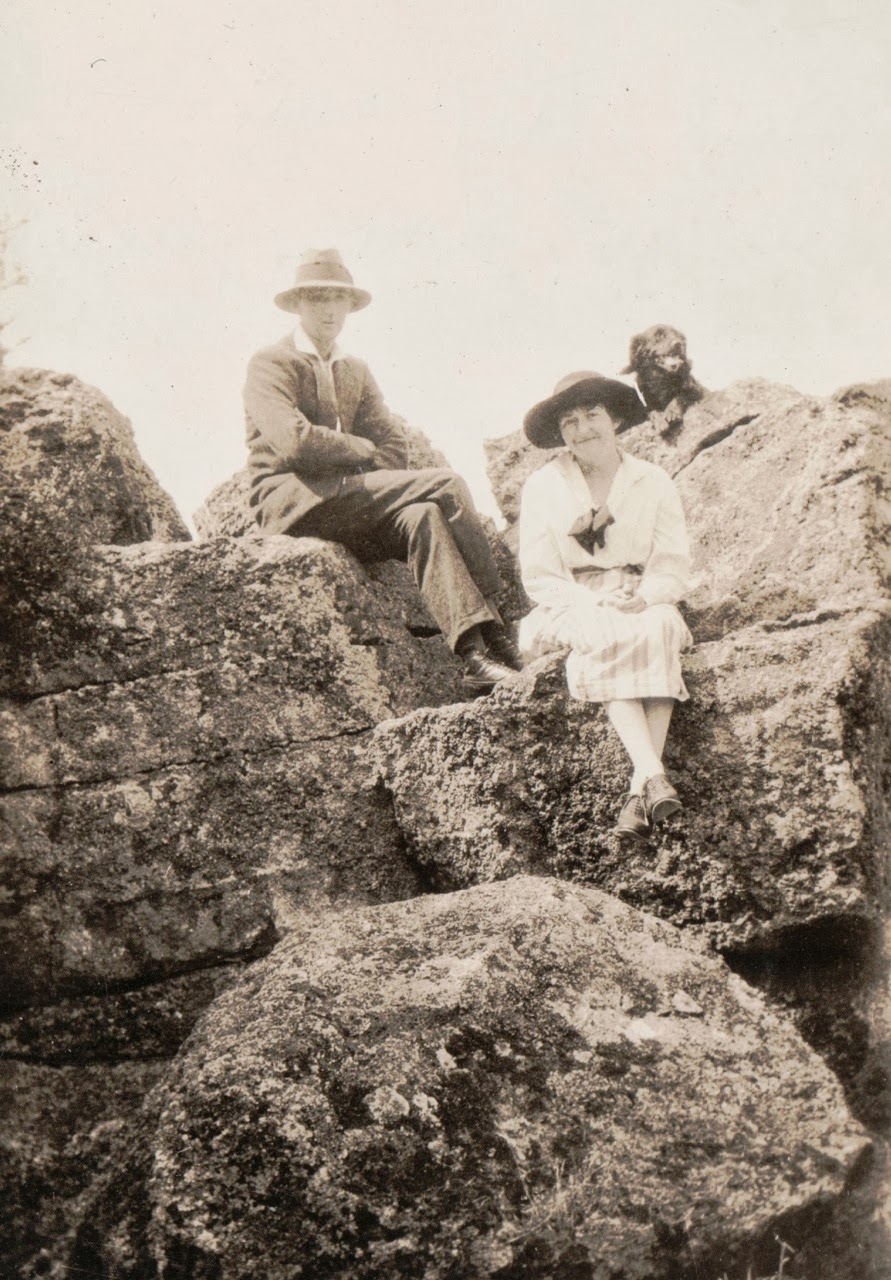 “We used to go for picnics to the Stony Rises when we stayed at Watch Hill. This was a volcanic area, very large and some of it was on their [her grandparents] property. It hadn’t been cleared of rocks. We used to go rabbiting there with Pa [Edward Long] and the sheep dog called Budgie.”

Nanna loved animals, especially dogs, so it’s no surprise to see her dog Nip with her amongst the rocks in quite a few of these photos.

What is a little surprising are the clothes and shoes that they went climbing over these rocks in – even a fur coat! 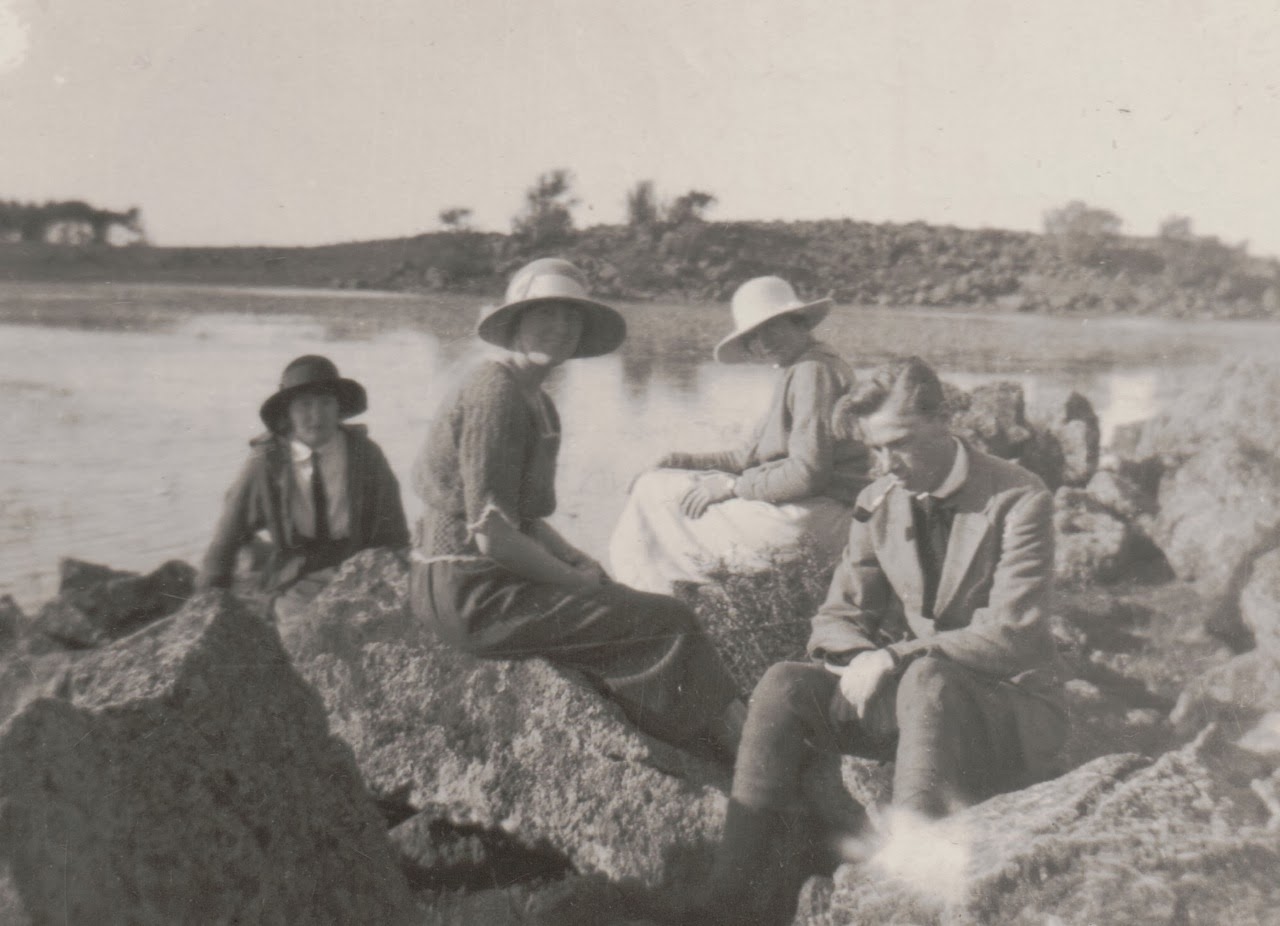 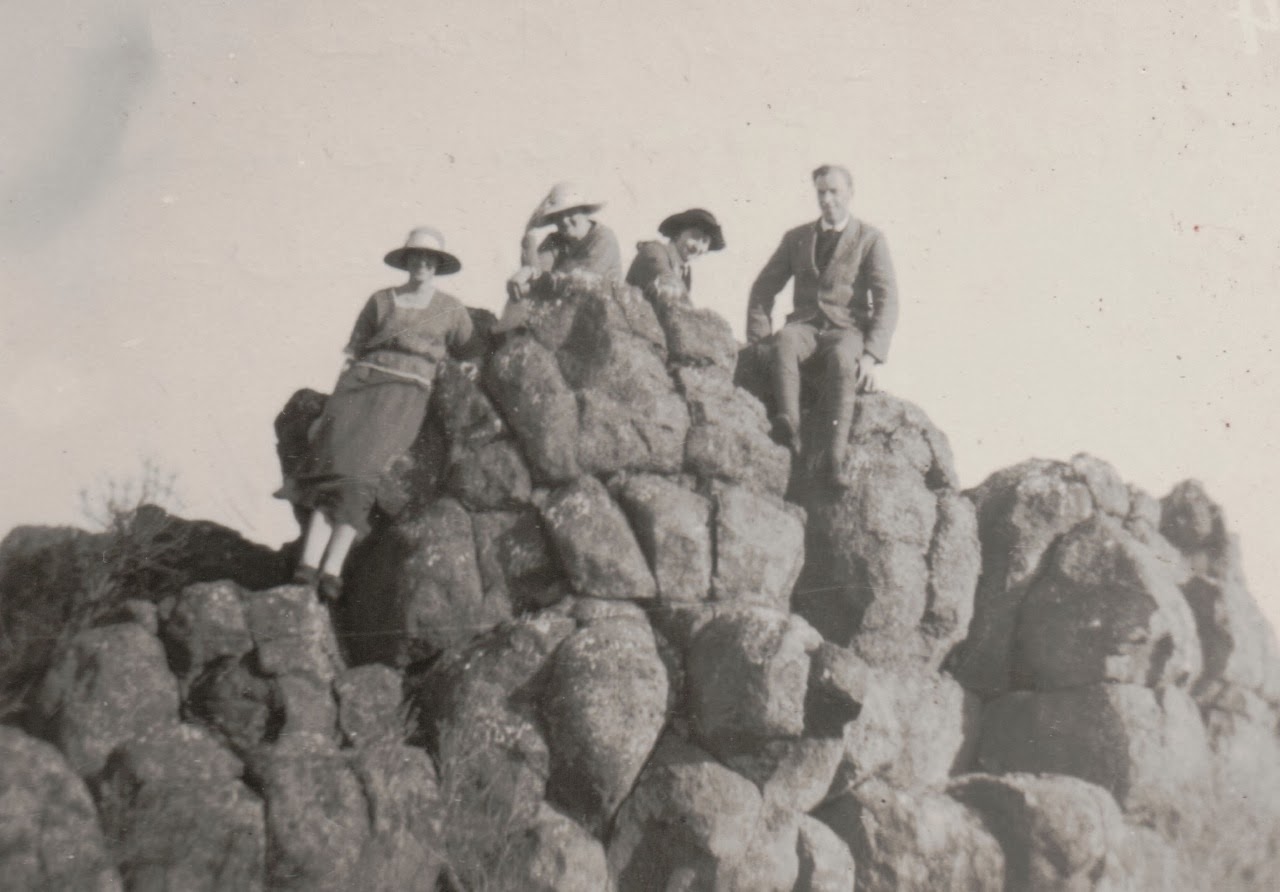 Yesterday, I had a very excited phone call from my Mum. She and Dad had been to the Sunday meeting of the Terang & District Historical Society.
When they arrived, Mum was pointed to sit on a couch next to another lady, Betty.

As they chatted, they realised they were related – 2nd cousins – their grandmothers were sisters. 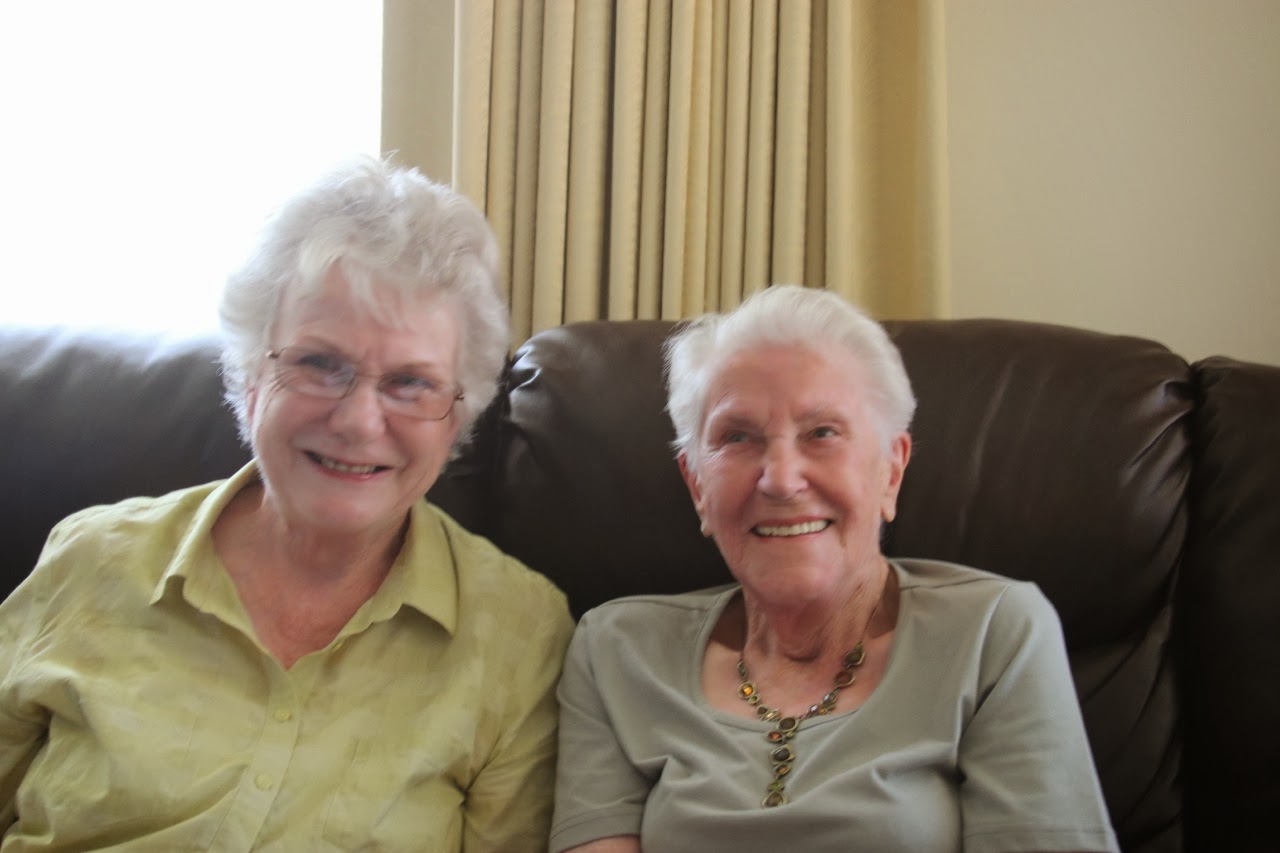 Not just any sister of Mum’s grandmother (Sara Henrietta STONEHOUSE) either, but the sister that my Mum was named after: Mary Janet STONEHOUSE.

Mum commented on the longevity in the Stonehouse family – Mary Janet lived to be 92, her sister Jane Elizabeth was 85 and Mum’s grandmother Sara was 80.
Betty (on the right) is 89 years old – doesn’t she look great?
(Yes, Mum, you look great too, but you are not 89!!)

Mary Janet was born in Victoria in January 1857 and lived until after the end of WWII, dying in June of 1949.
What amazing changes she would have seen!

This prompted me to look up the local newspaper of the time to see if there was any comment regarding Mary Janet living to such a great age.

The Mrs Edward Long mentioned in this article is Mum’s grandmother Sara Henrietta, the baby of the family, born in 1873 when Mary Janet was 16 years old.

What a small world! 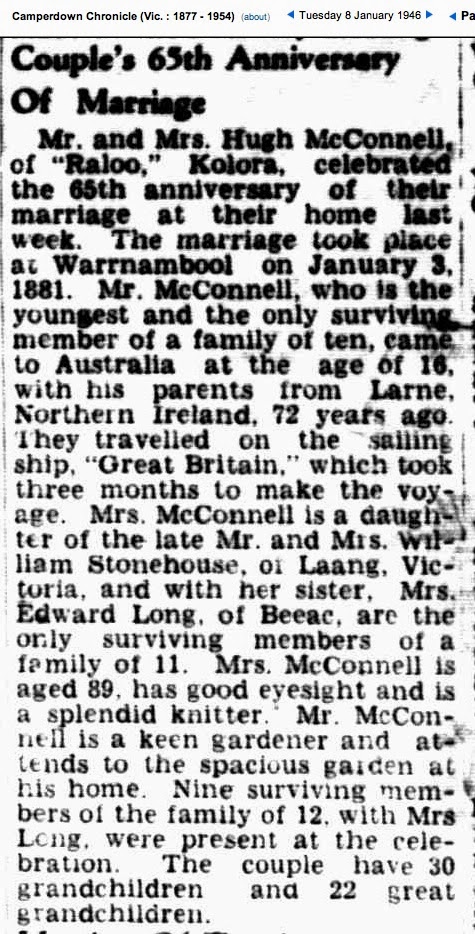 Mr. and Mrs. Hugh McConnell, of "Raloo" Kolora, celebrated the 65th anniversary of their marriage at their home last week. The marriage took place at Warrnambool on January 3, 1881.
Mr. McConnell who is the youngest and the only surviving member of a family of ten, came to Australia at the age of 16, with his parents from Larne, Northern Ireland, 72 years ago. They travelled on the sailing ship, "Great Britain," which took three months to make the voyage.
Mrs. McConnell is a daughter of the late Mr. and Mrs. William Stonehouse of Laang, Victoria, and with her sister, Mrs. Edward Long, of Beeac, are the only surviving members of a family of 11.
Mrs. McConnell is aged 89, has good eyesight and is a splendid knitter.
Mr. McConnell is a keen gardener and attends to the spacious garden at his home.
Nine surviving members of the family of 12, with Mrs Long, were present at the celebration.
The couple have 30 grandchildren and 22 great grandchildren.

While on the recent Unlock the Past Genealogy cruise, I was asked about some of the apps I use for genealogy.
It was then suggested that I write about some of these on my blog.
I am by no means an expert.
Most of those I will write about are just some apps suggested by others or found in iTunes that I have tried and used in my genealogy research.
Here is the first:

My favourite is CamScanner.

This comes as a free app for both iPad and iPhone (different apps).

I love this app because turns my iPad or iPhone into a portable scanner.
And, until archives and libraries allow us to take our Flip Pals in and use them, this is the next best thing.

You have probably tried to take a photo of a document (or photo) with your iPad and found that you either get shadows (because you are blocking some of the light source) or the image ends up a bit skewed (because you weren’t able to line it up completely square).

CamScanner helps in two ways:
- it can provide you with a grid – to help you line it up
- it can automatically correct the orientation of the document.

The latter is the real bonus.

First you take your photo – and you must take it through the CamScanner app, not using the usual camera on your device.

The app then detects what it thinks are the edges and corners of your document.

If these are not correct, which often happens when there is a lot of white space (such as a letter), you are easily able to adjust the borders using your finger.
When you touch the screen, the corner magnifies so you can really hone in on the edge that you want. This also allows to you crop the image.

When you have adjusted all the corners and edges, you press Next to move onto some editing features, such as rotate, lighten / darken etc.
Then you press Save

When you press the share button, you can choose to email it as a pdf or a jpg.
You can also share it via, eg print or uploading to the Cloud.

I haven’t tried all the extra functions that come with this app (yet), including OCR, annotations and even watermarks.
If you have tried these, I’d love to hear how they worked for you.

This app does all I need it to do without purchasing the premium version.
I believe there is also a version for android devices.

Mum and I have recently returned from the 4th Unlock the Past genealogy cruise.

Thomas MacEntee of Geneabloggers fame was one of the main speakers and I attended most of his talks (probably all of them).

In the latter part of the cruise, many of his talks revolved around different facets of Google and how to use them in our genealogy.

Mum and I have had an experience that is a perfect example of the message delivered in these talks.

Some time ago, I had a message on my blog (Google product: blogger) from a researcher.
He had a Google alert on the names of two people he is researching for a book.

One of these men was Mum’s uncle, married to her father’s sister, who died in 1978.

Mum was particularly close to this aunt as they shared a birthday, and it was this aunt who had introduced Mum’s parents.

Mum’s last contact with her cousin Sandy, their daughter was at least 20 years ago at a funeral.

The email address we were given by another family member was incorrect but did give us a clue to Sandy’s business name, which we were then able to find through a Google search.

Turns out Sandy had moved to Tasmania – and the UTP cruise was docking in Hobart.

Google maps helped us find their farm and Mum had her reunion with Sandy, spending many hours (way past her normal bed time) chatting, laughing, looking over photos and generally catching up.

I’m sure it will not be another 20 years (or another funeral) before they see each other again.

The Sepia Saturday prompt this week involves a piano.

I have a very special piano.

It was given to my great grandmother Sara Henrietta LONG nee STONEHOUSE by her husband, Edward LONG on the occasion of the birth of her first child in 1901.

Auntie Jean didn’t have any children and the piano passed to me when I was nine or ten.

It’s a beautiful piano, lovely rich walnut wood with brass candlesticks.
I can remember Mum insisting that I polish these candlesticks every time my Nanna (Auntie Jean’s younger sister) would be coming to visit.

Every time I have the piano tuner around, he is surprised as to how great the piano still is.
He said often pianos deteriorate, and the felts go as they get to this age.

I hope the piano continues in good condition so I am able to pass it on one day to one of my piano-playing nieces or nephew. 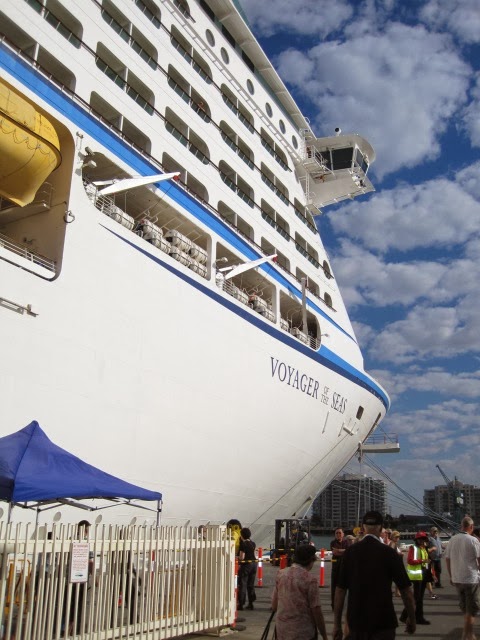 We boarded the ship on Tuesday for our Unlock the Past genealogy cruise.

What a huge ship!

Mum is keeping up so far – pretty good, eh Dad?! 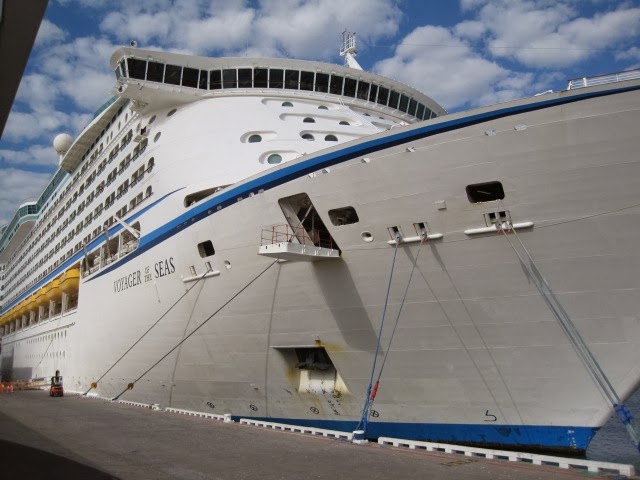 We’ve had one full day at sea and one very full day of talks, started at 8.45am and finished after 9pm!
We had thought we would take a break from the talks in the middle of the day but there were so many interesting topics it was impossible to find one to miss.

I was glad to have my travelling companions to take notes at some of the talks I missed.

There are so many things to look up as soon as I have internet again (well, internet that doesn’t cost a fortune).

We had a shore day in Melbourne today and many people went off to archives, libraries and other talks. Mum and I decided to have a ‘future family history’ day – three generations all having lunch together.