I just received another exciting email from my ‘new cousin’, the lady in Auckland who I began communicating with recently, see August blog post: Garrett Family Bible? 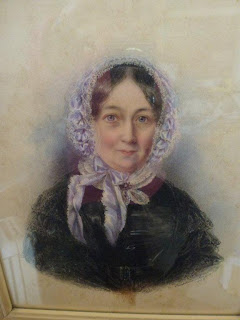 Attached is a photo of a beautiful portrait of her 3g grandmother. It is my 4g grandmother, Charlotte CLAVELL nee BULLEY (c1786 - 1853).

I’ll write some more in coming days/weeks – I was so excited to see this lovely photo, I just wanted to share it.